The two original principal owners of Creative Child Care, Inc., Richard (Dick) Sensenbrenner and Elizabeth (Libby) Schilling, were lifelong residents of Columbus and had many years of business, government and Early Childhood Education knowledge and experience between them. The company was approached to go National, but Dick and Libby felt strongly about being present in all their centers on a regular basis.

Creative Child Care, Inc. has served children and families in our communities for over fifty years. Often, when a community changes, businesses, including many childcare centers, move out and on to more affluent neighborhoods. However, we are here to stay and are proud that we have become an “institution” within the communities we serve. Families know and trust us, in fact, we have parents who attended Creative as children who are now entrusting us with their own children. 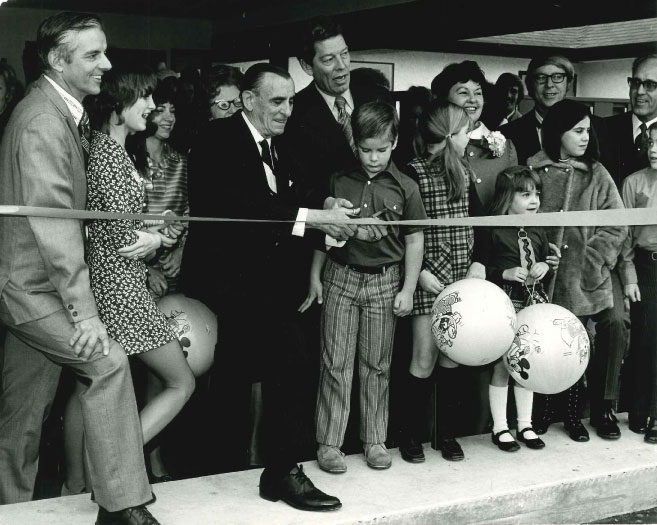 In 2012 Creative Child Care, Inc. completely renovated our West location and expanded the building to include 7 classrooms. The expansion allowed us to serve the west side with one site, so the West Broad center was closed, and their families were welcomed at Westland, now known as the West Center.

Today the Company is still a family owned and operated business. In 2007 Dick announced his retirement and his son-in-law, Todd Waldron, came on board to run the day-to-day operations of the company. Dick’s daughter, Karin, joined her husband in the family business in 2013. As in the past, you can expect to see the owners visible at each center at any given time.

Our philosophy is to answer the needs of children and their families in a quality childcare and educational setting. We provide a safe and nurturing environment with positive experiences for children to develop and learn and to ensure school readiness for all children in our care. We see the parent as the first teacher, and our role is offering complementary support services and understanding. We take seriously the responsibility for developing young minds, bodies, and character, and we share that responsibility with parents.

Children are grouped in classes according to age and ability and lesson plans are individualized according to each child’s specific needs. We use comprehensive, research based academic and social-emotional curriculum that aligns with Ohio’s Early Learning Development Standards and developmentally appropriate activities. The daily routine includes a balance of active and quiet play as well as opportunities for both solitary and group time. Although our days are carefully planned, so that children know what to expect each day and to feel secure, we do allow room for some variation in the schedule. Variations may occur to allow children to explore at their own pace in areas that interest them.

At Creative Child Care we encourage a lifelong love of learning and a desire to pursue it as we prepare children for productive and responsible roles in a complex, global society. These experiences help children develop a positive sense of self-worth and value.

We are family owned and operated. Todd & Karin Waldron run the business today that was started by Karin’s father in 1970. We view all our staff, children, and parents as being part of the Creative Family.

We have served children and families in our communities for over fifty years. We are here to stay and are proud that we have become an “institution” within the communities we serve. Families know and trust us, in fact, we have parents who attended Creative as children who are now entrusting us with their own children and grandchildren.

Step Up to Quality (SUTQ) is a five-star quality rating system administered by the Ohio Department of Job and Family Services (ODJFS) and the Ohio Department of Education (ODE). All four Creative Child Care centers are highly rated through Step-Up-To-Quality! This means that all children enrolled with us participate in a learning and development program where the level of quality exceeds Ohio’s childcare licensing standards.

Partnerships with Parents & Our Communities

We see parents as the first teacher, and our role is offering complementary support services and understanding. We take seriously the responsibility for developing young minds, bodies, and character, and we share that responsibility with parents whenever possible. Our expertise and participation in the Early Childhood Education community and our knowledge of the Central Ohio Business Community makes us an asset to every child and parent we serve.

Our purpose is to educate the whole child by offering experiences that will help children meet their social, emotional, educational, and physical needs. All classrooms utilize “Creative Curriculum®,” which aligns with the Ohio Early Learning Development Standards and goes by the child’s interest. Play and investigation are central to our program as this is how cognitive learning, socialization and creativity develops. It is the teacher’s responsibility to acknowledge the children’s interest and create lesson plans that develop individual child goals to support skill progression towards proficiency.